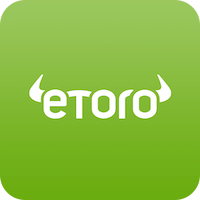 How to Trade ENJ on eToro?

The Ultimate Guide to Trading Enjin With eToro

Described by developers as a PaaS (Platform-as-a-Service), Enjin (ENJ) is a decentralized ecosystem designed to reorganize enterprise blockchain integration. It is therefore a complete ecosystem enabling developers and consumers to buy, sell and supply NFT items, as well as empower them to make their own tokens. The project's major goal is to create a complete set of products that will allow anyone to partake in the world of blockchain and NFT. The NFT products can be freely produced, purchased, and sold, while maintaining transparency, thanks to the project's amazing features.

In this page, you can find out useful information about Enjin, how it works and how you can trade it with the eToro online platform. There's also a basic step-by-step guide which you should read before making any investments. Keep scrolling for more details!

Enjin is a popular cryptocurrency. Clicking the button below will open a link to eToro's Enjin trading page, so you can see what it looks like and decide if you want to confirm your account.

Enjin company was founded in 2009 as an online gaming and game creation platform. The Enjin cryptocurrency was launched in 2017 through an ICO that raised more than $18 million. An ERC-20 compatible token, the Enjin Coin can be sent and received through an Ethereum wallet. A still expanding project, Enjin was co-founded by Witek Radomski and Maxim Blagov.

What is an NFT?

An NFT or Non-Fungible Token is a unique digital asset created on the blockchain, which can consist of anything from digital art and gaming items to sports collectibles and real-world assets.

The Enjin ecosystem is what connects the crypto universe and the gaming world together. Enjin's native currency the Enjin Coin—which is an ERC-20 NFT—can be used for any transactions involving purchasing and creations of virtual goods on several gaming platforms.

The ENJ is designed to integrate with multiple computer gaming platforms. As a gamer, you can use your Enjin coin like you would with any currency. This means, you can use it to buy, sell and even trade in-game items.

With its Ethereum-based architecture, the Enjin Coin can also be described as a digital coin that can be used across multiple online gaming platforms and websites. The ENJ can also be converted into other in-game items or in-game assets, like gold and silver.

Currently, the ENJ is set to cap at a supply of 1 billion Enjin Tokens, with 934 million of it already circulating. Since, it's a currency for gaming platforms, Enjin has partnered with companies like Aave, Atari, Microsoft, BMW, Unity and more. The token allocation is as follows: 73% for sale, 10% for the development team, 10% for the community advisors and 7% for Marketing and other Partners.

How Does ENJ Work?

The concept behind the function of the Enjin Coin is to smoothen the process of trading in-game items and virtual assets. In the same way that blockchain helps facilitate financial contacts in the real world (just like how XRP and Ripple facilitates financial transactions), the Enjin comes handy when managing virtual inventories.

While the Enjin Coin will use Proof-of-Work (PoW) initially, there are plans for a shift to Proof-of-Stake (PoS) in the future. Unlike Ether, ENJ tokens are staked so that the network can reward users with more tokens.

Users can also choose to use their Enjin tokens on Decentralized Finance (DeFi) platforms to earn additional income through lending of ENJ with interest rate. Enjin Coin has the capability to create and tokenize digital goods. Anyone can create their own cryptocurrency through the Enjin network and potentially use them in the gaming industry as non-fungible tokens (NFT).

Advantages of the ENJ

The Future of Enjin

In the near future, Enjin Coin intends to exploit the Jumpnet and Efinity projects to the fullest extent. With the continuous growth in popularity of NFTs and Enjin community, the gaming industry is set to evolve and grow forever. Additionally, Enjin could be incorporated into best-selling gaming consoles like the PlayStation 5. This could lead to more people learning about and using it, and thereby raise its price.

How to Invest in ENJ?

Like most cryptocurrencies, you can invest on the ENJ coin by simply selecting a crypto exchange or a brokerage platform like the eToro. Just open an account, place an order and either store in in your crypto wallet or trade via CFD trading.

How to Trade Enjin on eToro?

You can invest on Enjin via eToro's online trading platform. Once you have opened an account and made your first deposit, follow the very basic steps below:

The eToro Wallet for Storing Enjin

If you want to avoid losing your ENJ tokens and keep them secure, you can get eToro wallet on iOS and Android. The security is high-level and it's free to download.

One of the features eToro is known for is its crypto wallet. It's a secure and accessible multi-cryptocurrency digital wallet that can store over 120 cryptocurrencies, including ENJ tokens. Via this crypto wallet you can buy, store and transfer coins to different addresses.

Is Enjin Coin a Good Investment?

By its own promise of the community to add new features and cooperating with various businesses, ENJ is expected to further grow its community and become a much bigger blockchain player in the future. Factoring its already innovative features such as the tokenization of assets, Enjin Beam and Multiverse, software kits, Efinity, smart wallet and more, expect the price of ENJ to rise in the long run.

Got your eyes on Enjin now?

In order to invest on Enjin with eToro, just click on the button below which will open on your browser and take you directly to eToro's trading page. From there, the live platform will load and you can then use this environment to explore the user interface. Once you’ve decided to get started, simply click the "Sign-up" button.

YES, TAKE ME TO ETORO!

eToro is a multi-asset platform which offers both investing in stocks and cryptoassets, as well as trading CFDs.

Cryptoasset investing is unregulated in some EU countries and the UK. No consumer protection. Your capital is at risk.